As I rode up my drive at about midday on October 8 and was confronted by this healthy looking young Koala on the track. s/he walked over to the nearest tree, climbed up a metre and a half and sat there looking at me. I took these snaps, and some others and continued up to the house but when I returned about an hour and a half later there was no sign of it.

We have had several sightings recently and one evening of male mating calls.
About 4 weeks ago we had a koala in a tree near our gate which it must have spent at least a day given the number of skats on the track below almost the whole canopy.  Then again a few days or a week later there were another lot of skats although we did not see the koala. 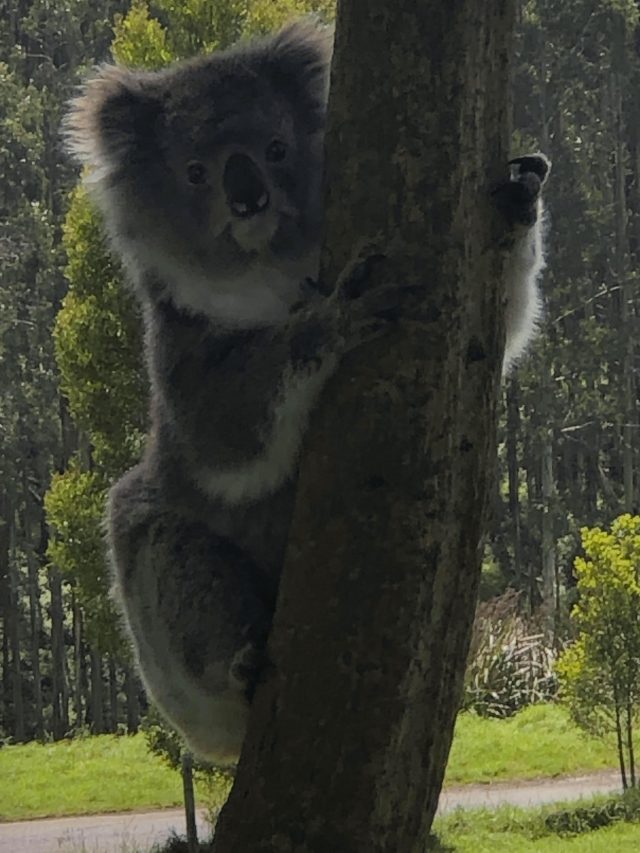